History of Printers: Timeline and Evolution 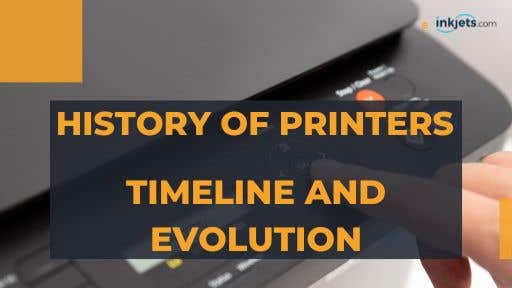 You may not believe it, but printing actually dates back in some form to as early as 3500 BC, when the Mesopotamian and Persian civilizations made use of cylinder seals in order to certify documents that were etched in clay.


Woodblock printing followed suit, and then the moveable type of printing, until we got to 1440, when the printing press was “born”. Ever since mankind created visual print, there have been methods and techniques to make copies of the said visual print. However, when we are discussing computer printing, we have to go back a little more recently.


Computer printing has paved the way for amazing innovations and advanced processes in various industries all over the world. In this blog post, we will take a look at how the first printers were created, and how they evolved as time went and technology improved.


The printing press and early days of printing 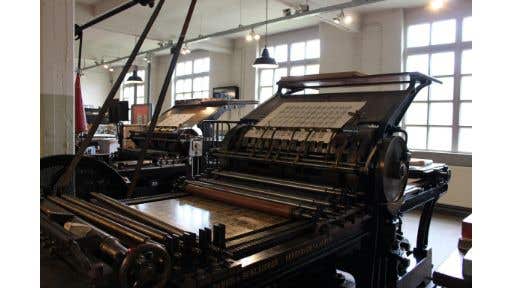 Prior to Johannes Gutenberg introducing the printing press during the 1440s, there had been a couple of options to reproduce images or any type of literature:

Use block printing — This early way of printing involved carving images and letters and images into a block of wood, and then covering it with ink, and afterwards pressing it onto a medium like paper.


A couple of drawbacks of this method were: not only will you need one block of wood to print one page, the blocks of wood would actually wear out rather quickly. And if say the book that must be copied had 200 pages, you would need 200 blocks to reproduce the book.

Hire scribes — This was a time consuming and expensive process which involved another person having to illustrate and reproduce an entire document or even a book by hand.

The printing press — Gutenberg’s printing press has proved to be a far more efficient and more affordable way to print, and has marked the beginning of the modern day printing era.


For almost 500 years, the fundamentals of printing technology stayed the same. Although the equipment evolved to become more sturdy and efficient, the printing press remained exactly that, a printing press.

Printer evolution at last took the next step towards the modern era when on October 22, 1938, the first ever xerograph image was reproduced. A man by the name of Chester Carlson developed this type of printing method and he called it xerography.


Xerography utilizes dry ink (toner) which, through an electrically charged photoconductor-coated metal plate and flashes of light, causes the dry ink to adhere to a drum. The drum would then roll over the paper, and this leaves the ink as well as the copied image on the surface.


The name was derived from the Greek language dry (xero) and writing (graph). The method was refined over the course of 20 years prior to going to market, and the company Carlson worked for at the time then changed its name to the Xerox Corporation in 1961. 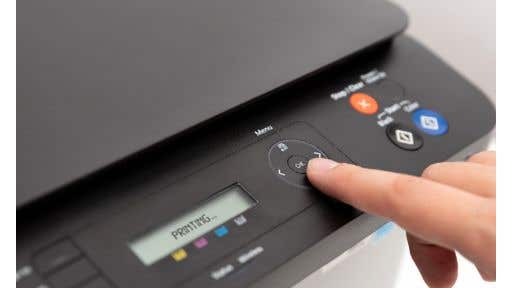 As amazing as it may seem, laser printer technology came before inkjet technology in the market. While he was working at a Xerox research center during the late 1960s, Gary Starkweather put together a xerographic copier and laser technology.


In 1981, Xerox released an office version of their laser printer called the Xerox 9700 Laser Printer. But it had been Canon which then partnered with Hewlett-Packard and Apple Computer in 1984 that first released the HP LaserJet, which is the consumer version of the office laser printer.

There is no single inventor of inkjet printing. The creation and history of inkjet printers are shared between Canon, Hewlett-Packard, and Epson. While the idea was developed during the 1950s, it was not until late 1970s that the inkjet printer could print out computer generated graphics.


During that time, a man by the name of John Vaught, who worked for Hewlett-Packard in Silicon Valley, helped the HP team that was tasked to build an inkjet printer when a coffee maker sparked an idea in him. Just as the water heated up and spread evenly over the coffee grounds, Vaught thought that by heating up the ink, it could then be efficiently and evenly applied to the desired printing surface.


After years and years of development, the inkjet printer finally launched on the market during the late 1980s. The last hurdle that held inkjet back was how to create a controlled flow of printer ink, and prevent the print head from clogging up with dried ink. Both HP and Cannon overcame these two obstacles, and the inkjet printer finally launched on the consumer market. 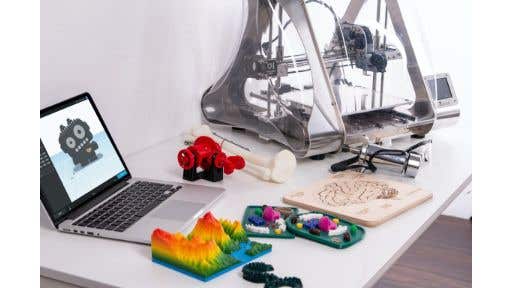 Charles Hull invented the 3D printer in 1984. The technology utilized a vat photopolymerization method that was called stereolithography.


Generally known these days as additive manufacturing, a lot of the attention it gets is because of a lack of waste in the printing process. 3D printing produces what will be used without the need to discard excess material, thereby reducing the energy it needs to produce the product.


The most popular type of 3D printing is one that adds layers of a chosen material one on top of the other to build a three-dimensional output. As time has passed, the uses of 3D printing have expanded to the medical field, aviation, the food industry, and construction.

During the early ’90s, printers once again evolved.. The all in one printer that includes printing, scanning, fax, and copying capabilities launched in the market to remove the need for a separate machine for each function.


Being smaller in size, these types of printers take up less space and prove their value by providing convenience while cutting down on maintenance and equipment cost. 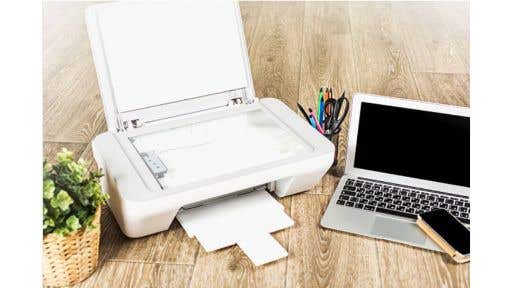 Andrew Clams invented the wireless printer in 1993. This type of printer connects to your devices by using Wi-Fi or Bluetooth, allowing you to move freely with your device and enables various wireless devices to do print outs at the same time.


A large portion of the printer market is now dominated by wireless printers. In 2010, half of all printers sold in the US alone were wireless.

Now every time that you click “print,” you would have a better understanding of the last 500 years it took to come up with the amazing technology that many of us take as an afterthought these days.


In this blog post, you learned about the history, timeline, evolution, and technological advancements that made the printer a household and business must-have. The printer in your home right now is an example of how people with vision plus creativity, and in some cases, some luck can change the global landscape of how we all do business and communicate nowadays.


Need a reliable printer but have a limited budget?

Looking for a great printing solution that won't break the bank? Check out refurbished HP printers from inkjets.com!


These printers are in like-new condition and come with genuine OEM ink cartridges, making them a great value for your money. Plus, each printer is backed by a 90 day warranty, so you can buy with confidence.


What Is A Refurbished Printer? 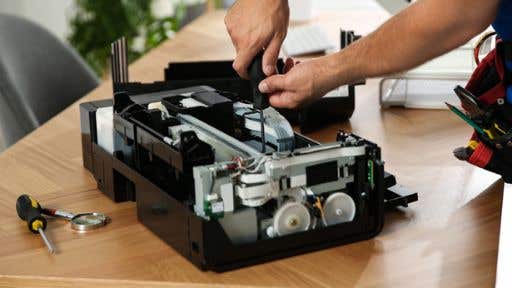 A refurbished printer is a great way to get a high-quality printer for a fraction of the price of a new one. Our refurbished printers are thoroughly tested and inspected by the manufacturer before being listed for sale, so our customers can be confident that they're getting a reliable product.


Whether you're looking for an all-in-one printer for your home office or a high-powered machine for your small business, refurbished printers from InkJets.com offer an incredible value.


What Is The Difference Between A Refurbished Printer And A New Printer?

Practically nothing! Apart from coming in a plain box as opposed to retail packaging, the printer you receive will look and perform just like a brand new one. The main difference is the price tag; because these printers were originally either unsold new stock or previously used, all are brought up to like-new condition and sold with original accessories and components.


Order your refurbished printer today and start saving money on your printing needs! 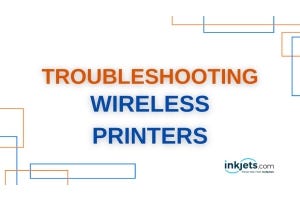 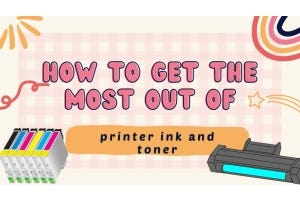 How to Get the Most Out of Printer Ink and Toner 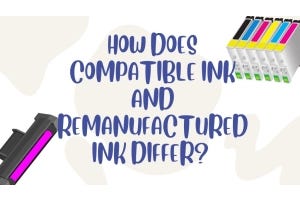 How Does Compatible Ink and Remanufactured Ink Differ? 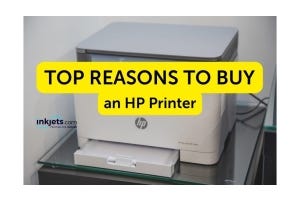 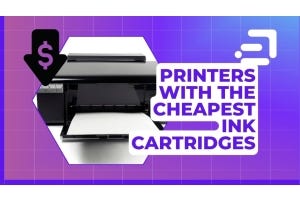 Printers that use the cheapest ink cartridges